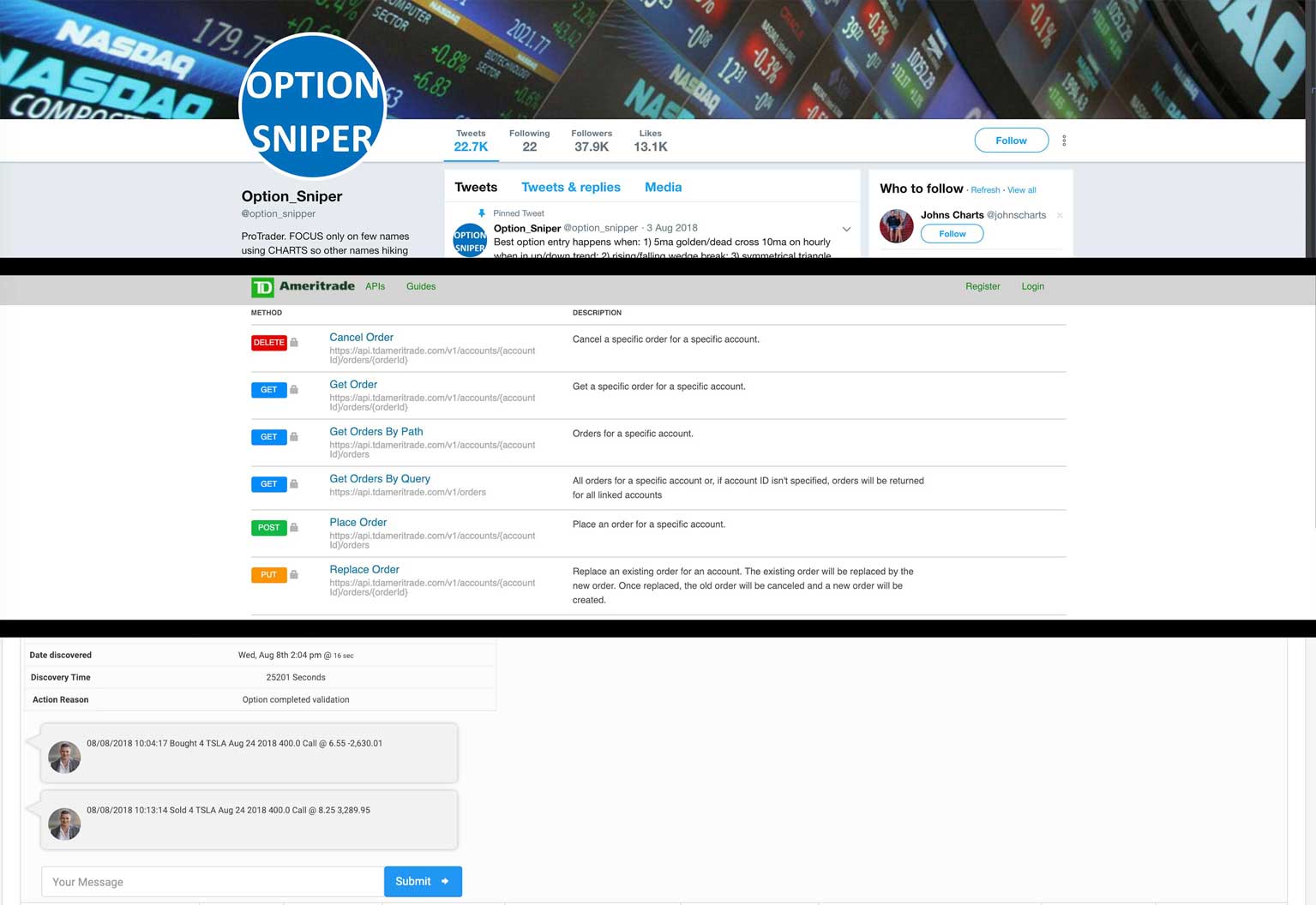 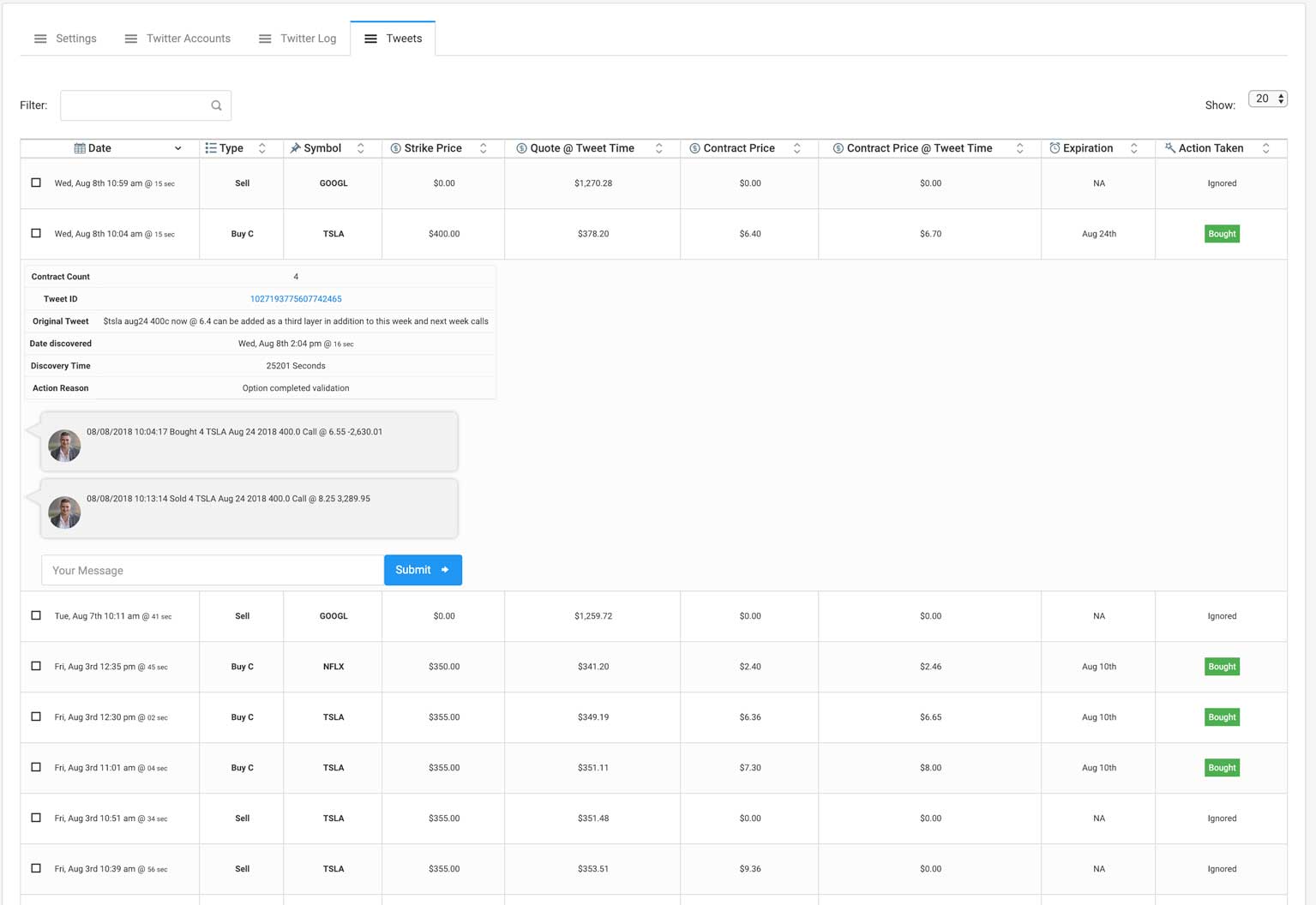 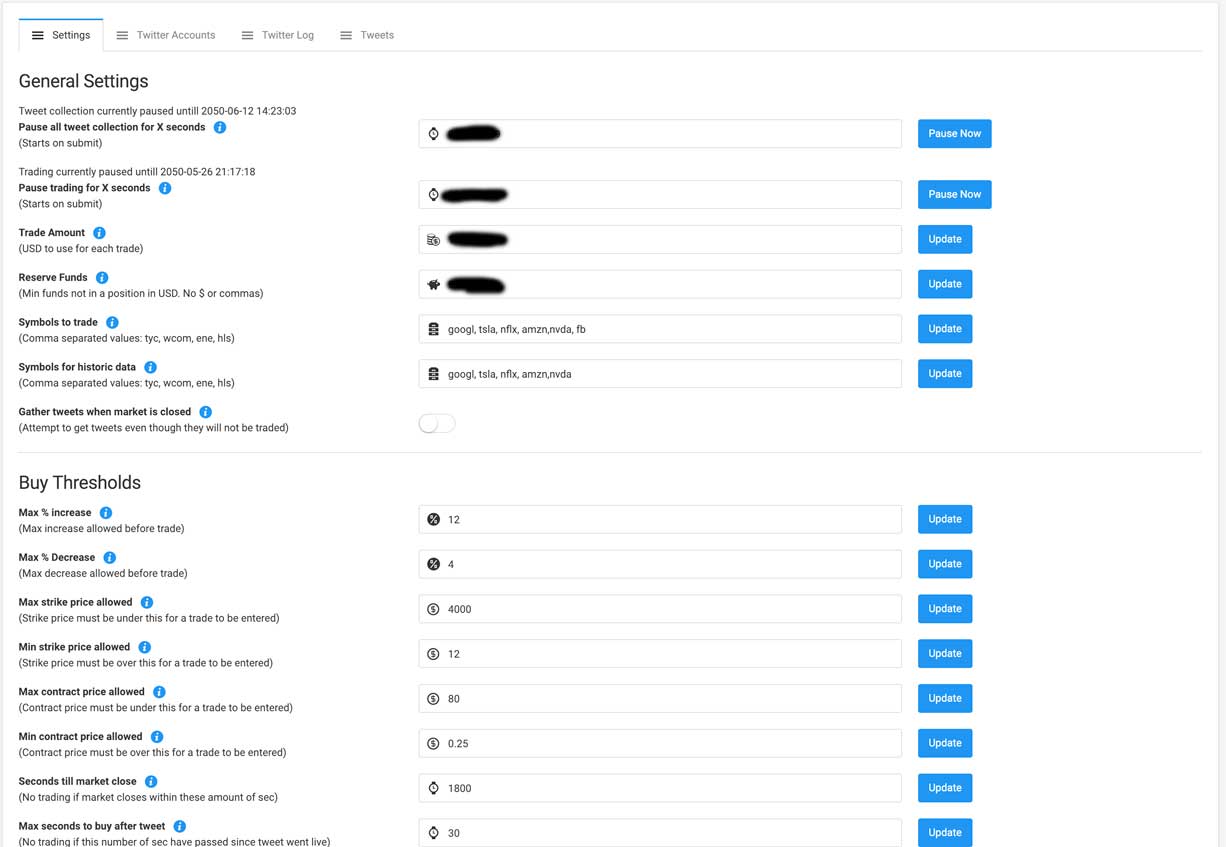 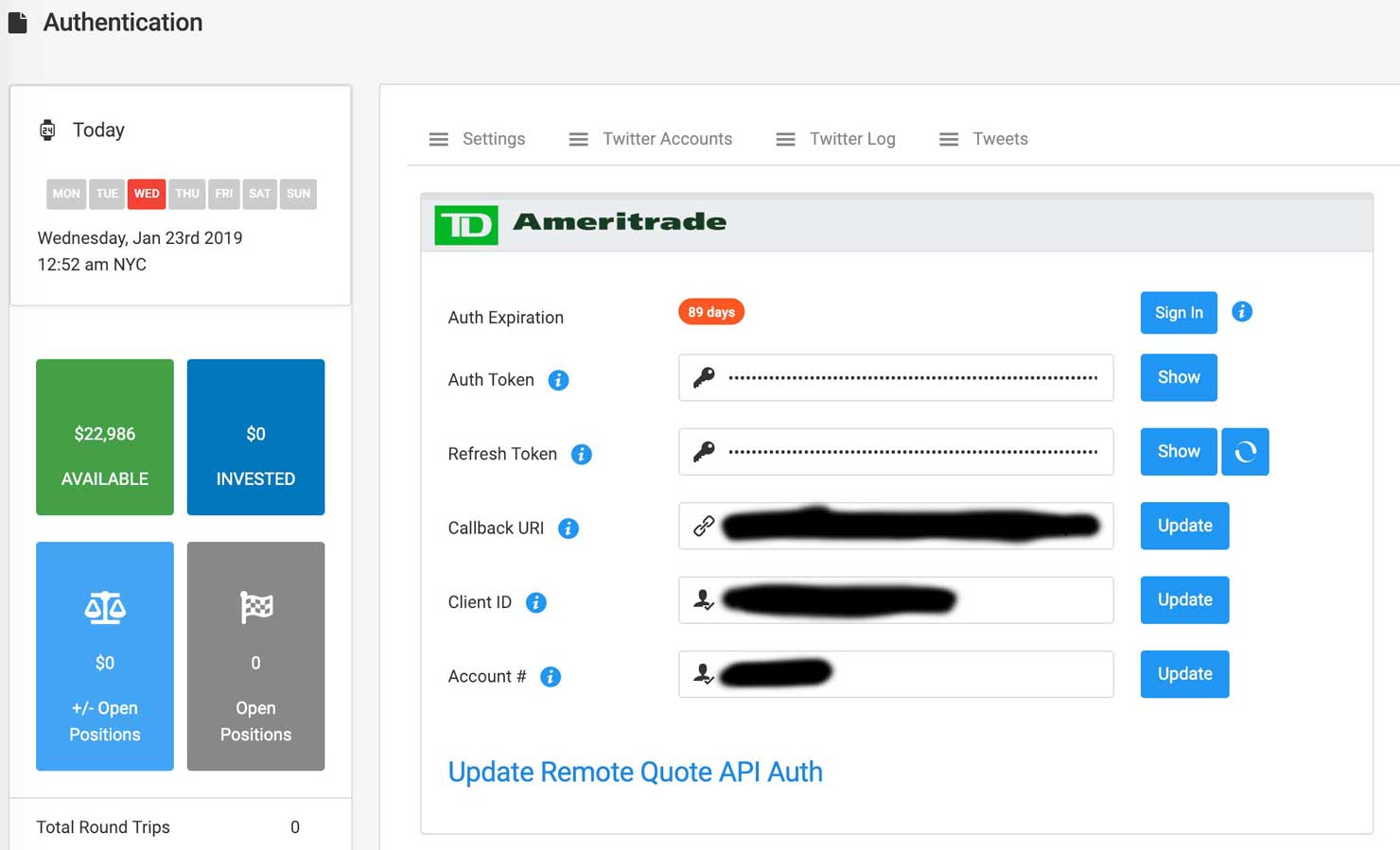 Option Sniper is a professional stock options trader who is very good at stock analysis. At development time Option Sniper had 20k followers on twitter. I noticed that within seconds after he tweeted his current position the options call price would rise dramatically, sometimes up to 12x! I created the Auto Option Sniper system to enter trades within half a second of him tweeting.

I did this by constantly hitting Twitter via their API checking if a new tweet had come out. Each tweet was dissected for negative or positive sentiment to programatically determine his position. Regular expressions pulled out stock symbols, call prices and strike prices. If thee stock passed my risk analysis a position would be entered via the TD Ameritrade API. Most trades were held for 15 minutes before being dumped.

Some trading partners and I made thousands of dollars using this automated system over the period of a few months. As the money was rolling in, the SEC threatened legal action Option Sniper for pumping stocks and giving financial advice. Option Sniper then changed his strategy and no longer gave his positions in the market sending my Auto Option Sniper to its painful death in late November 2018. However, it was a lot of fun while it lasted.