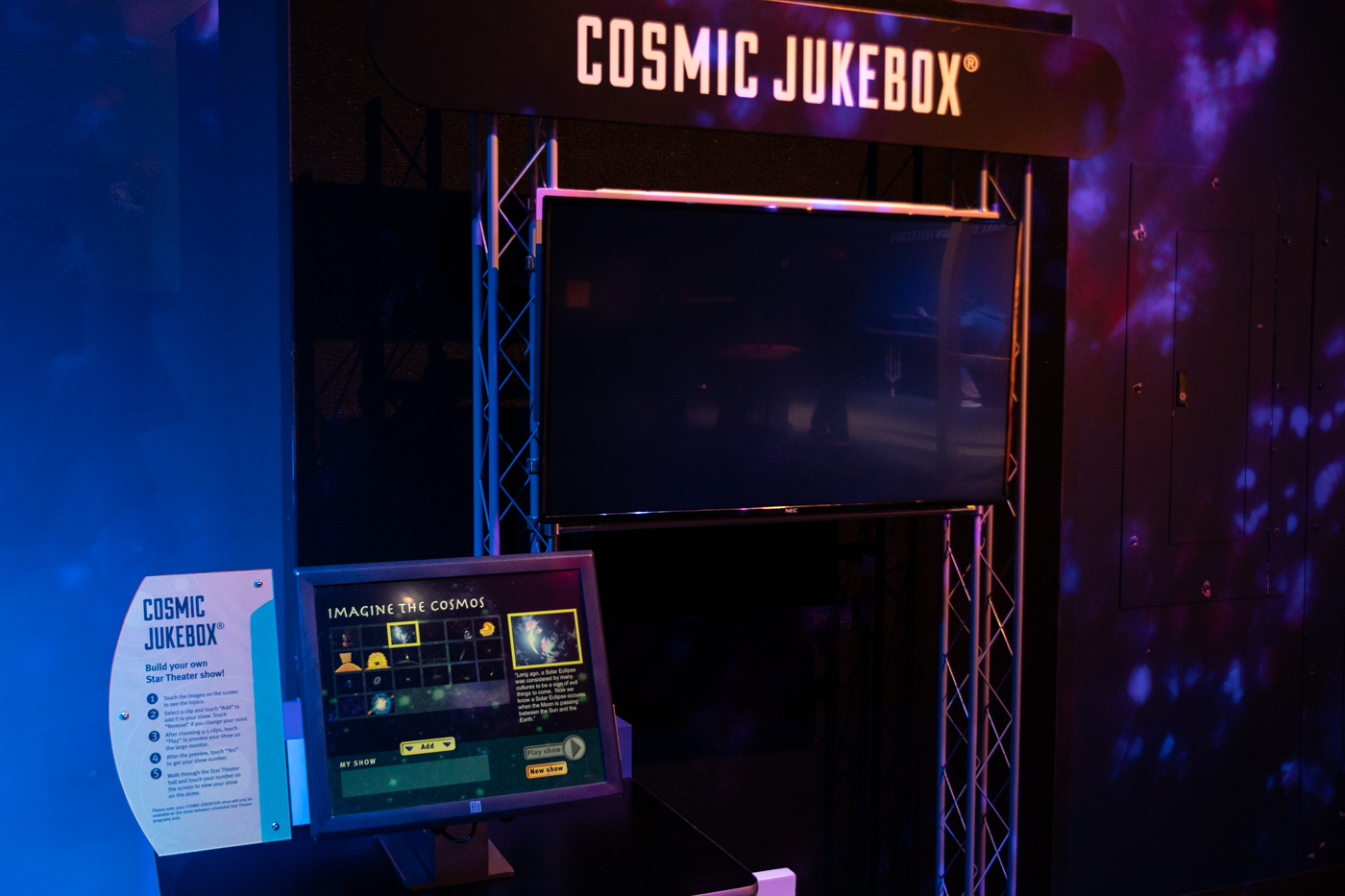 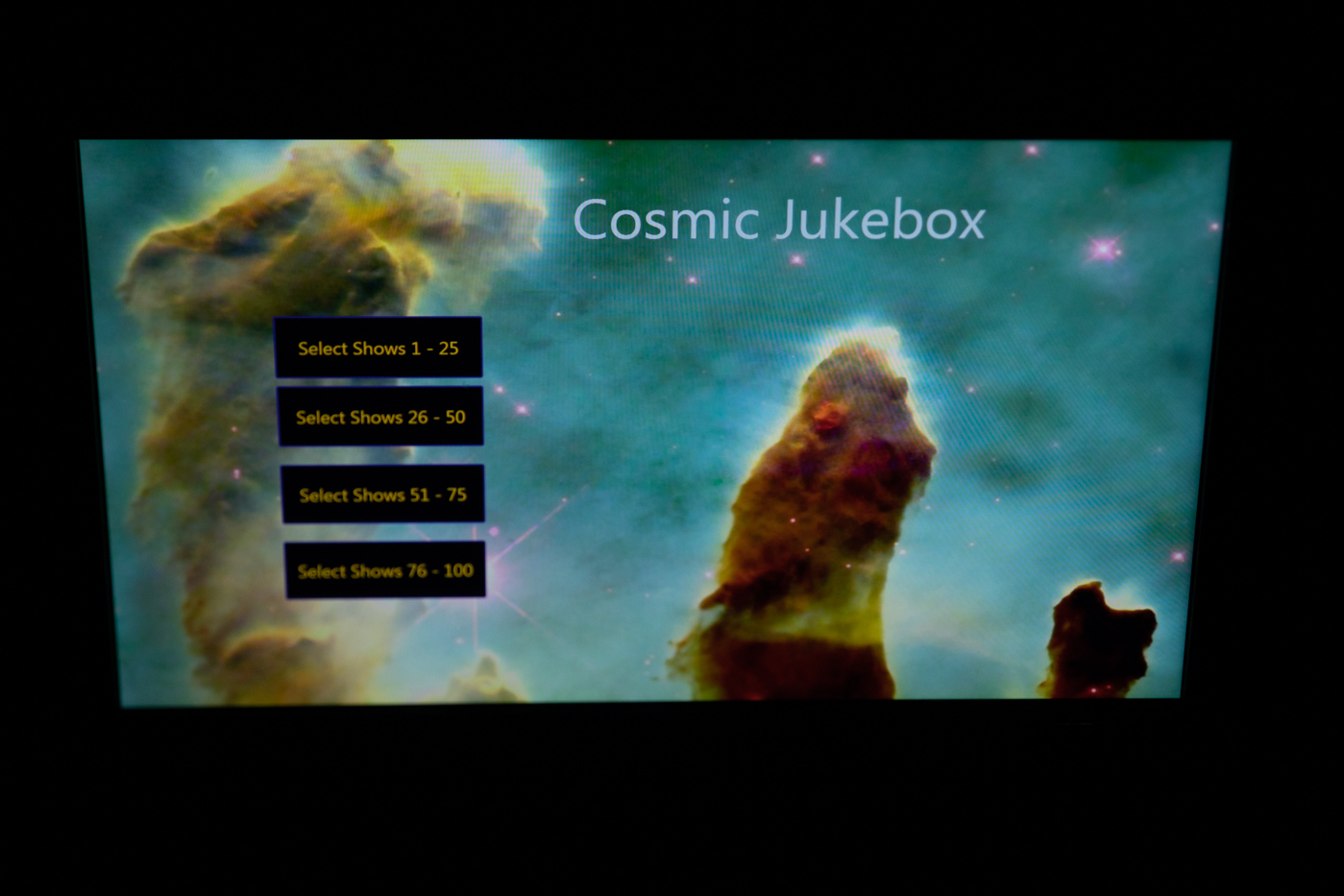 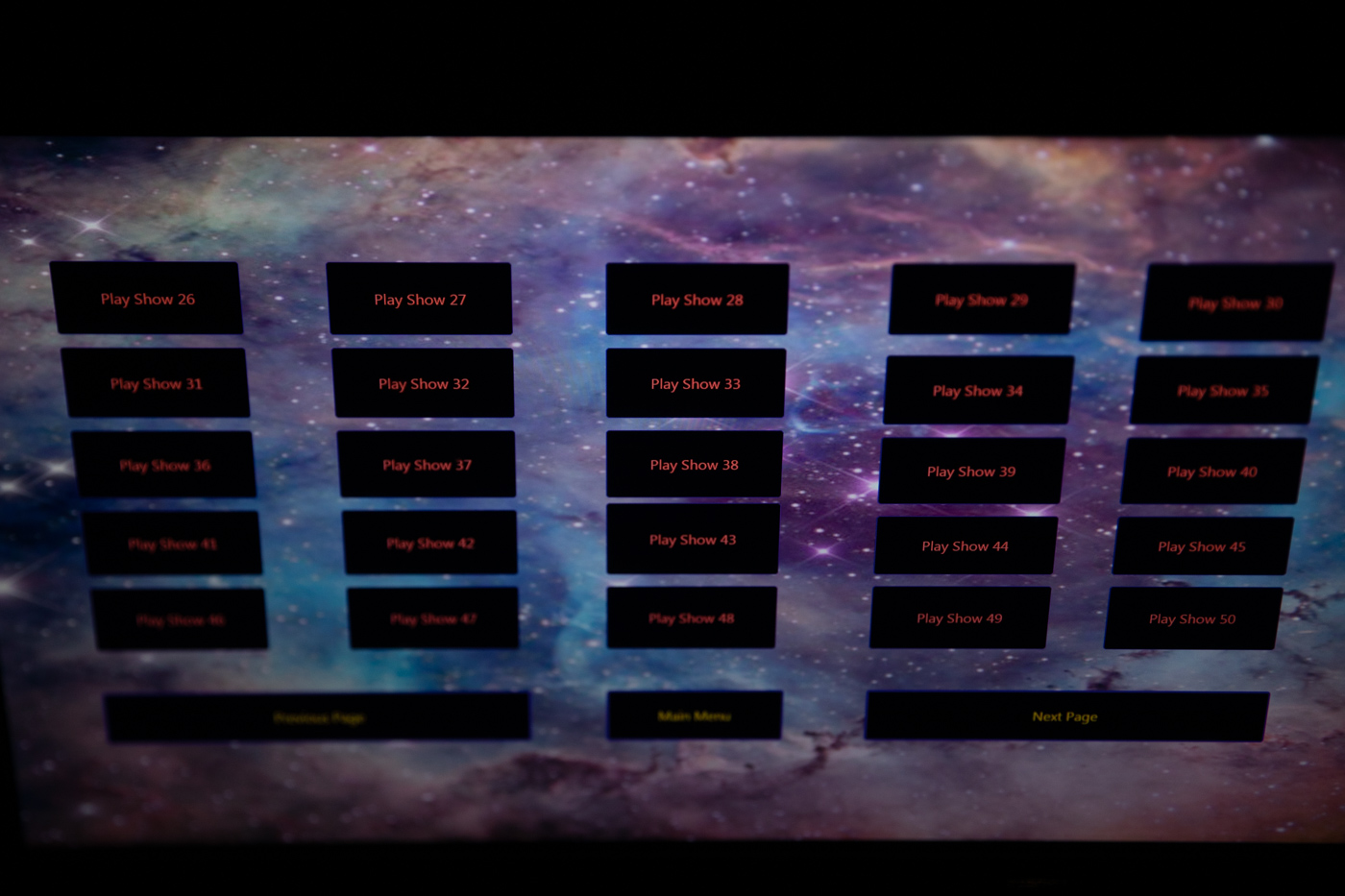 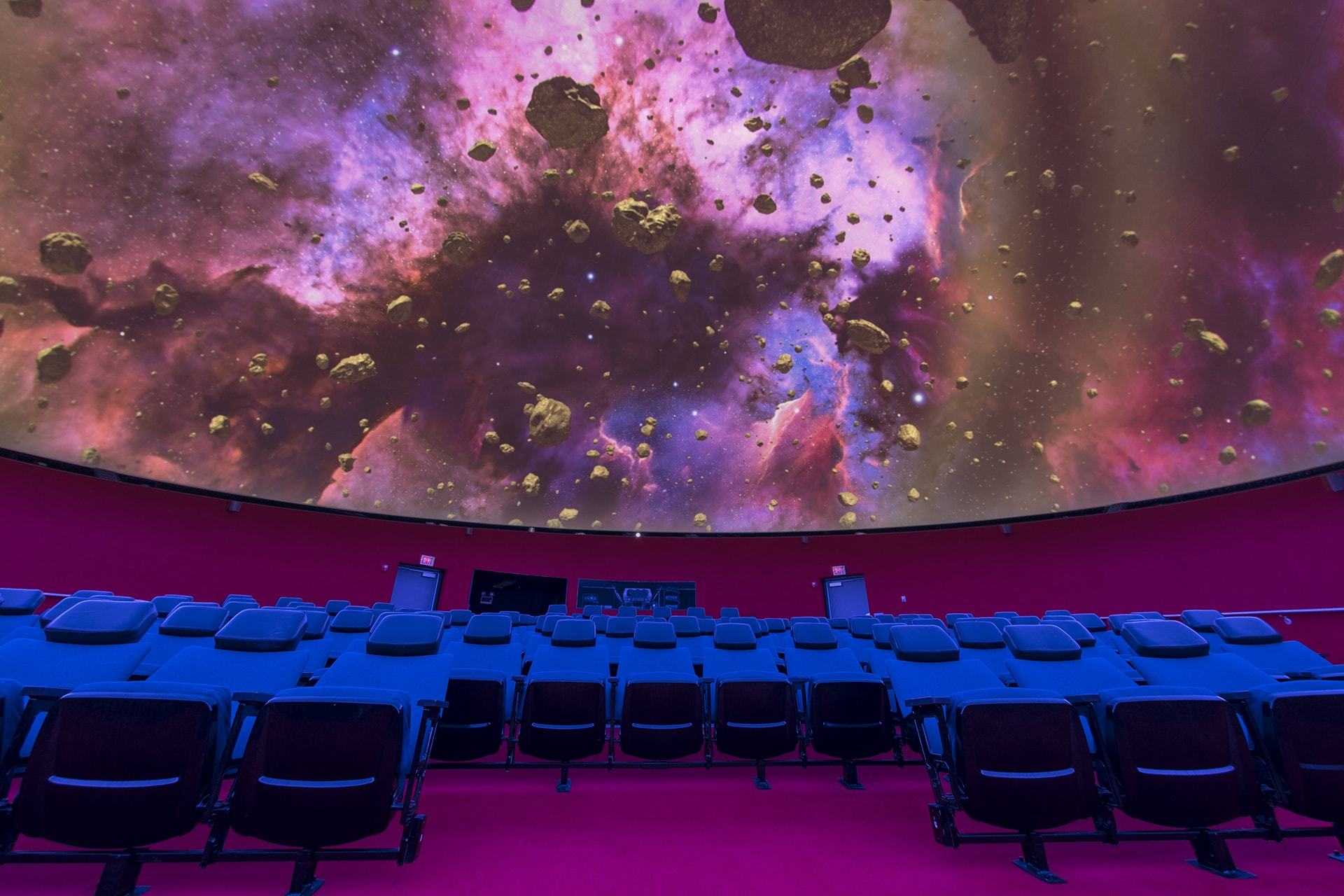 I created the Cosmic Jukebox as a project in my freetime and donated it to the Science Center of Iowa as part of their space exploration exhibit which has a $5M Digistar 5 theater for full HD shows on a dome screen via 7 projectors.

Cosmic Jukebox allows visitors to use a touch screen monitor to select multiple Digistar 5 shows about constellations, star clusters, nebulae, galaxies, planets and more. Once they have a list they receive a number that can then be used to start the show from on a touchscreen monitor inside the dome.

The touchscreen interface was made with Director and ActionScript. When a user touches a button, an http GET request goes out to an API that builds the proper VLA script for Digistar 5 playback. That script is stored on the network awaiting a user to run it with the push of a button on an iPad inside the dome.

Before Cosmic Jukebox was created a trained staff member had to always be present in order for shows to be played. Cosmic Jukebox allowed visitors to feel like they had the control of the $5M dome in their hands and shows could be played at all times throughout the day.

Cosmic Jukebox has been presented at many other science centers and even at a Digistar convention in Germany. It is still a main attraction at the Science Center of Iowa in Des Moines even today after 16 years since it's creation... and with no monitoring or updates to the code! I don't wanna toot my own horn but, it's hard to even keep hardware running that long without any issues. (Update: The Science Center of Iowa suffered a lot of damage due to an electrical storm and finally Cosmic Jukebox was knocked out of service. However, it is now back up and running on a new machine and you can still see it today)