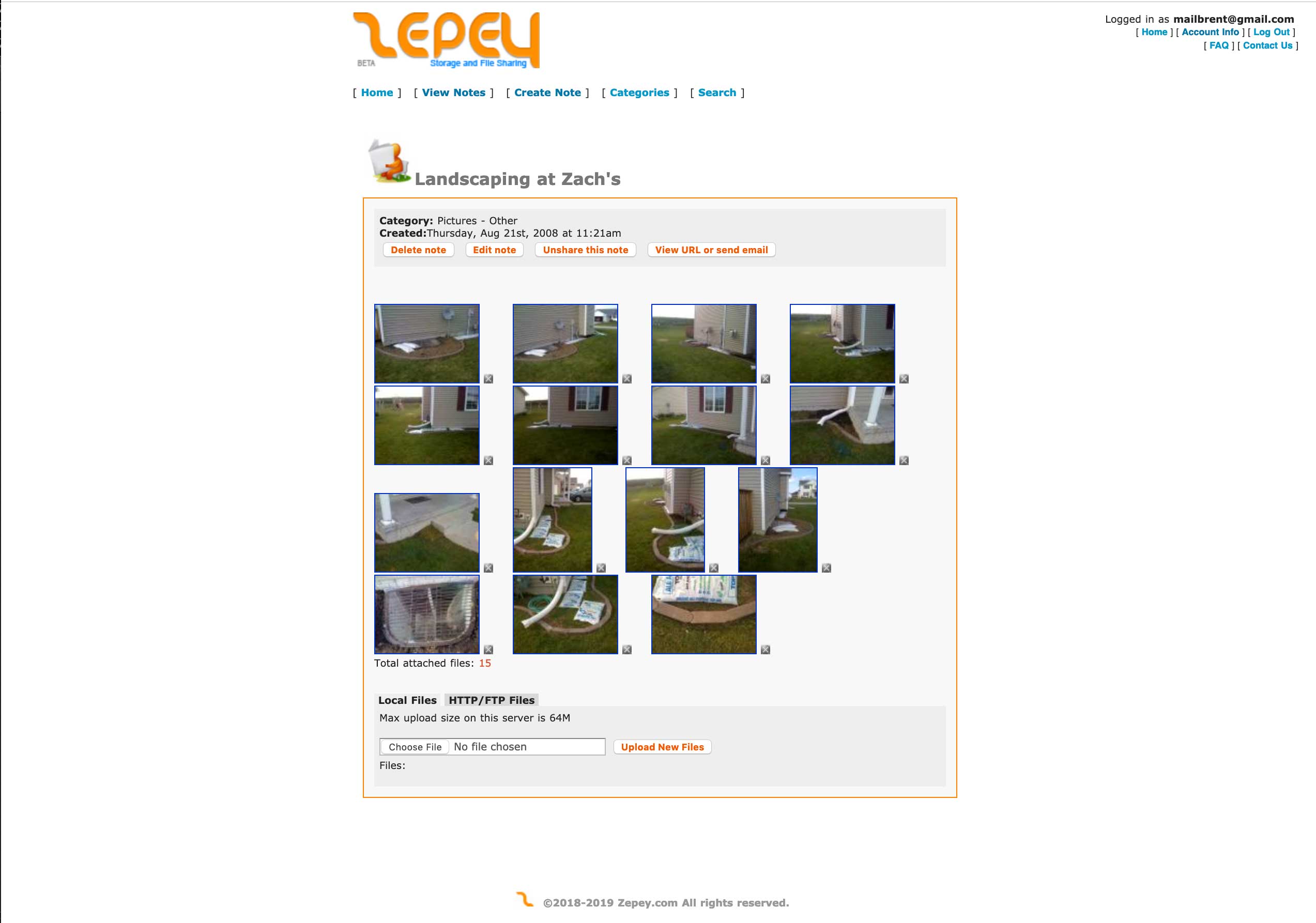 Now a defunct project, Zepey.com was created in 2006 with php and mysql during the rush of onine storage companies. Hostgator offered unlimted storage so I thought I would take advantage of the situation. It started as a protype for a filesharing program and converted to an online storage site. My design skills were very limited at that time as you can see from the interface! Despite the ugly interface, the system did eventually gain 6k users.

In 2007 Hostgator changed their terms and no longer allowed filesharing platforms. At the same time other sites like DropBox and Box.com were gaining popularity very fast. These companies had whale investors backing them and teams of developers creating some amazing features. It was much more than I could keep up with early on in my career and next to no funding.

It remains online only as a personal page to look back on and to occasionally upload a file to when in a jam.